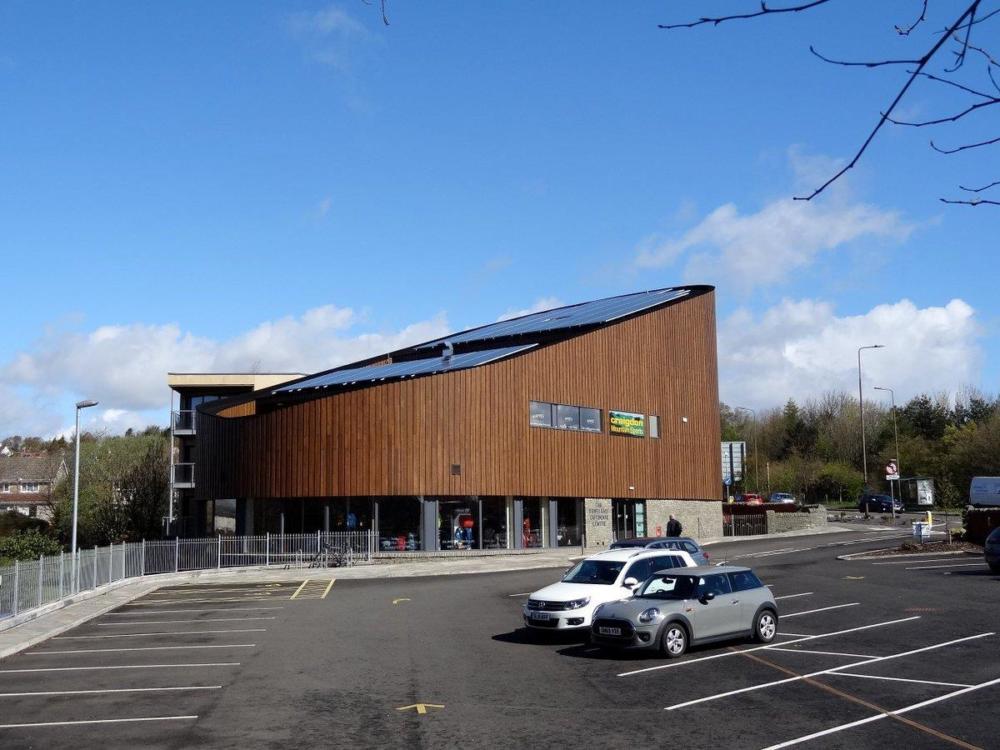 An installation handled by our team at AES Solar is in the running for a national award.

And we are also delighted to have been selected as a finalist for a local business award too.

We will find out if our installation for Craigdon Mountain Sports at the Pentland Outdoor Centre in Edinburgh has won the Sustainable Scotland Award in The Green Energy Awards at a glittering ceremony on the 1st of December.

AES Solar was established in 1979 to manufacture solar thermal panels and has been run by George Goudsmit since 1989. The company which evolved to encompass all aspects of solar has also been shortlisted in Moray Chamber of Commerce’s Annual Awards for SME of the Year 2016.

George said: “This is a very exciting time for us. We were delighted to enter Craigdon Mountain Sports for their fantastic new build at the Pentland Outdoor Centre. The project which we collaborated on with Solar Kingdom just goes to show that despite being under-represented in Scotland, solar can play a key role in meeting energy performance requirements in commercial new builds.

“It was a fantastic project to be involved with, it is a building that makes a statement and has been designed to maximise the use of solar PV. The building will use close to 100% of the self-generated electricity, demonstrating the potential for solar on commercial rooftops and the contribution it can make in reducing both running costs and carbon emissions.”

Speaking of the Moray Chamber of Commerce award nomination, George added: “We are delighted to be up for this award also. AES Solar operates out of our base in Forres and the fact that we are involved in a national award nomination and one at local level just goes to show how well the company is performing.”

The firm has been involved in a number of landmark projects such as the first ever domestic Solar PV roof installation in the UK in 1995, and more recently has carried out work on a project on the Royal Estate at Balmoral.

The company trades worldwide and has export customers in markets as diverse as Scandinavia, Africa and South America but does not rest on its laurels and is always looking at new ways to branch out.

Recently, AES Solar launched a new service for custom-built solar panels which can be shaped to accommodate difficult roof areas whilst the frame can be manufactured in any colour.

George said: “It is advancements such as this that keep us ahead of the game. This new service opens up all sorts of possibilities for architects and designers. The capability and flexibility to produce products such as this, is a reflection of the young and vibrant workforce at AES. Word has spread quickly of what is possible, and I am pleasantly surprised at the number of enquiries received. No one has yet asked for outrageous colours but I suspect it is only time”.