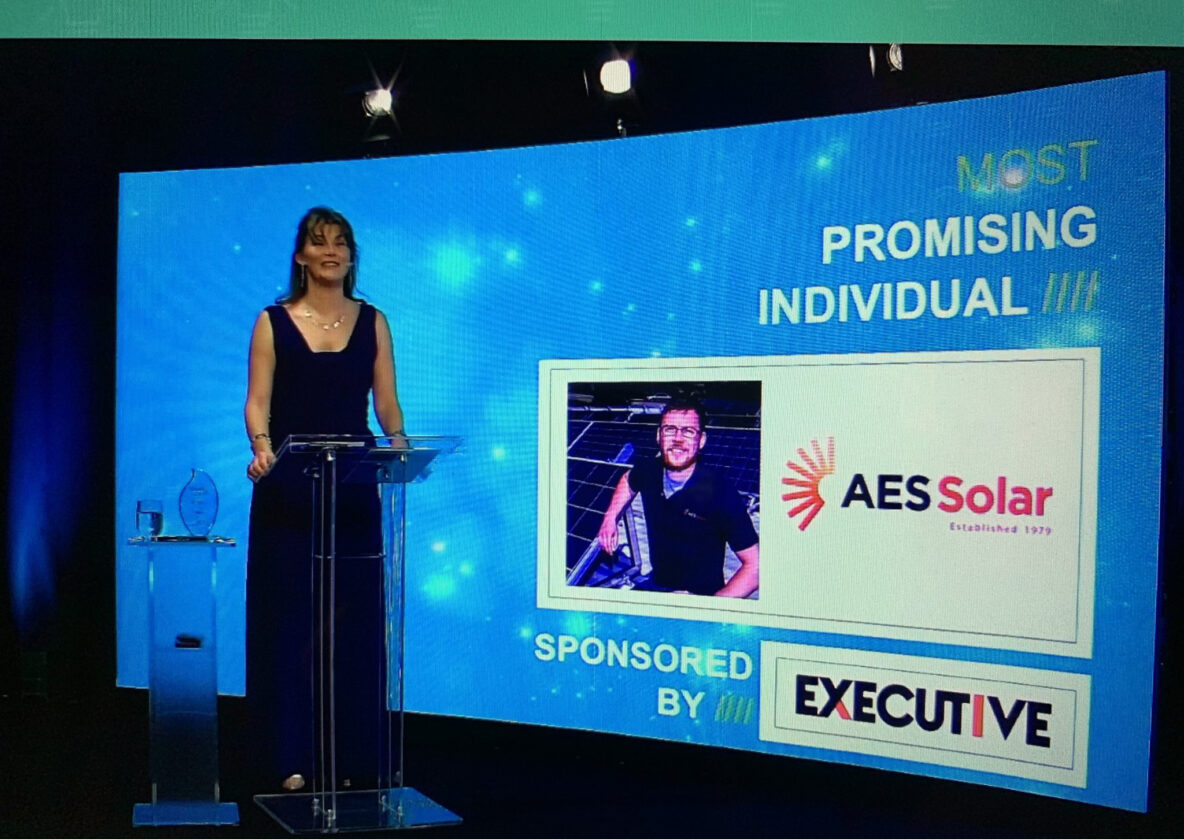 AES Solar Operations Director, Josh King has been named Most Promising Individual at the Highland and Islands Renewable Energy Awards. The awards, held online, celebrated the best in green energy in the north of Scotland.

The Most Promising Individual category recognises those who have shown dedication and made a significant contribution to renewables. Josh was summed up by the judges as “an individual who is really going places. He shows every sign of being a great representative of this part of Scotland.”

This is the latest career achievement for Josh King. In addition to his award win, he is the youngest director of AES Solar in its 40+ year history and the Vice-Chair of Solar Energy Scotland. 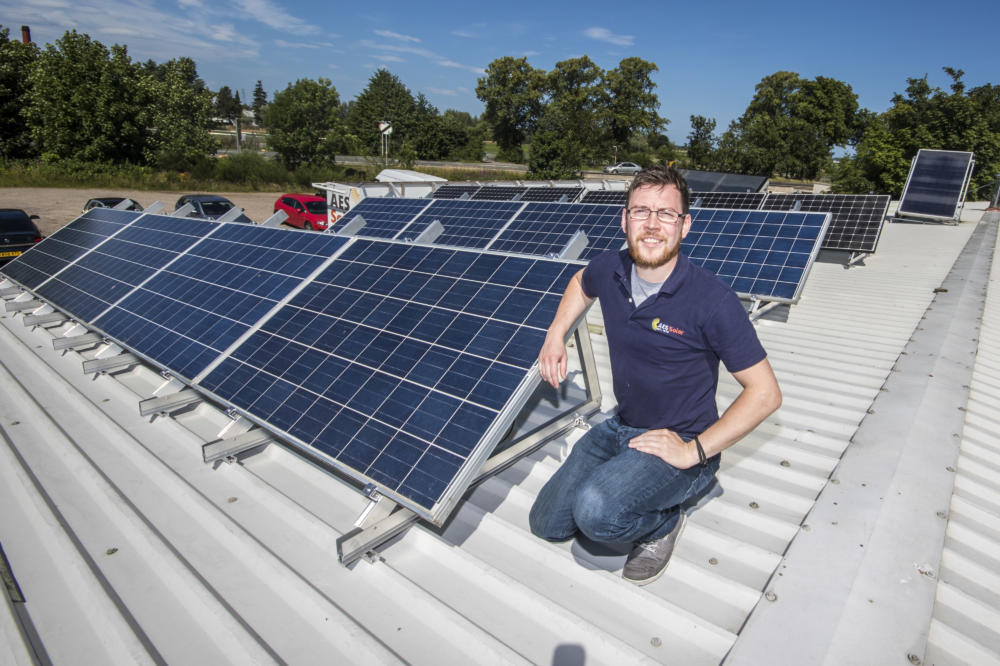 Josh said: “I am honoured to have received the Most Promising Individual award. I was in excellent company, with like-minded individuals and companies all championing renewables. After a challenging year for all, this recognition is incredibly special. I would like to thank all the team at AES Solar for their continued support and encouragement.

“I’d also like to thank everyone who has supported me thus far, including family and friends. And of course, the thriving Scottish solar and renewable industry. I’m optimistic that together we can unleash the untapped potential of Scottish solar.” 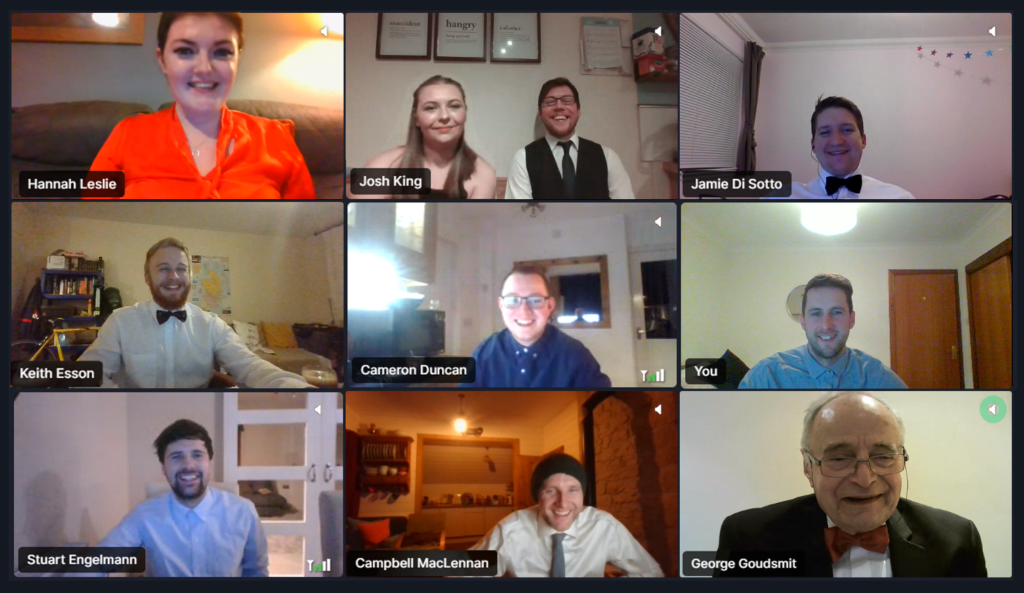 This is the latest in a string of awards for AES Solar. We celebrated our 40th birthday in 2019, making us one of the oldest solar panel companies in Western Europe.

Picking up Solar PV Installer and Contractor 2019 in the Scottish Energy Efficiency Awards, we also came third in the national awards in the same category.

Additionally, AES Solar have also won at the Highland Renewable Awards before, scooping up the Best Energy Efficiency in House Design or Build.

This was the result of a prestigious off-grid project that Josh was at the helm of. The project went on to win Royal Institute of British Architects and Grand Designs: House of the Year 2018. 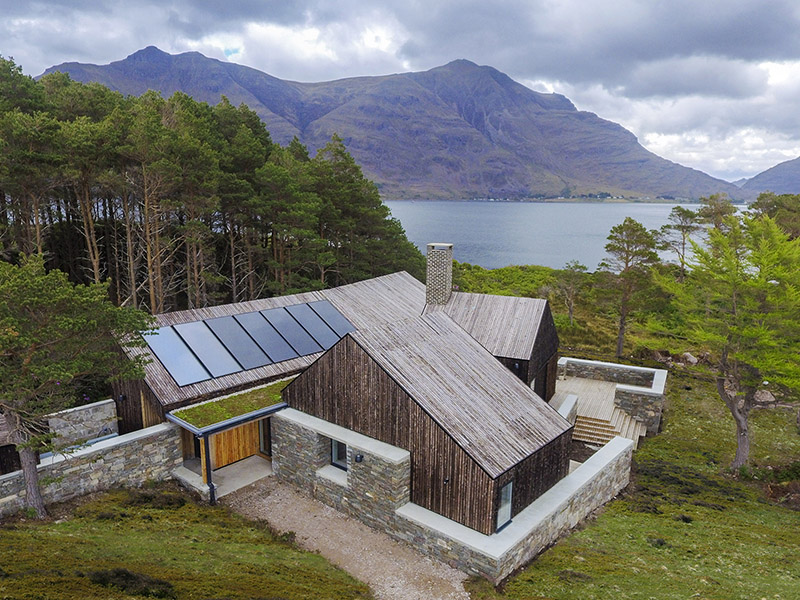 Grand Designs: House of the Year 2018

Managing Director George Goudsmit, said: “We are delighted for Josh. It is brilliant to see our colleagues appreciated as a result of their hard work. We are incredibly proud of him and all his achievements to date.

“Josh has made an outstanding impact here at AES Solar in the past five years. Whether that’s shaping solar policy in Scotland or organising the latest team fundraising event. His endless energy and hours of commitment have paid dividends for himself, the company, and the industry many times over.”

From Forres to Westminster to Dubai

Josh’s passion for solar exceeds his portfolio of work. He also embodies this passion into making renewables more accessible and fair for all. In 2019, Josh and George attended a briefing at Westminster to gain clarification on the end of the Feed-In Tariff. Subsequently, an invitation to take part in the BEIS Heat Network Investment Project (HNIP) was offered.

Josh and the wider team also have a dedication to promoting the solar heat network agenda in the UK. As a result, AES Solar are now the International Energy Agency Solar Heating and Cooling (IEA SHC) UK ambassadors.

His pioneering solar spirit also champions renewable Research and Development projects. For example, the notable Innovate UK project alongside Soltropy and Heriot-Watt University. This saw the development of a freeze-tolerant flat plate collector which resulted in Josh travelling to Dubai with the collector to put it to the test in extreme conditions. 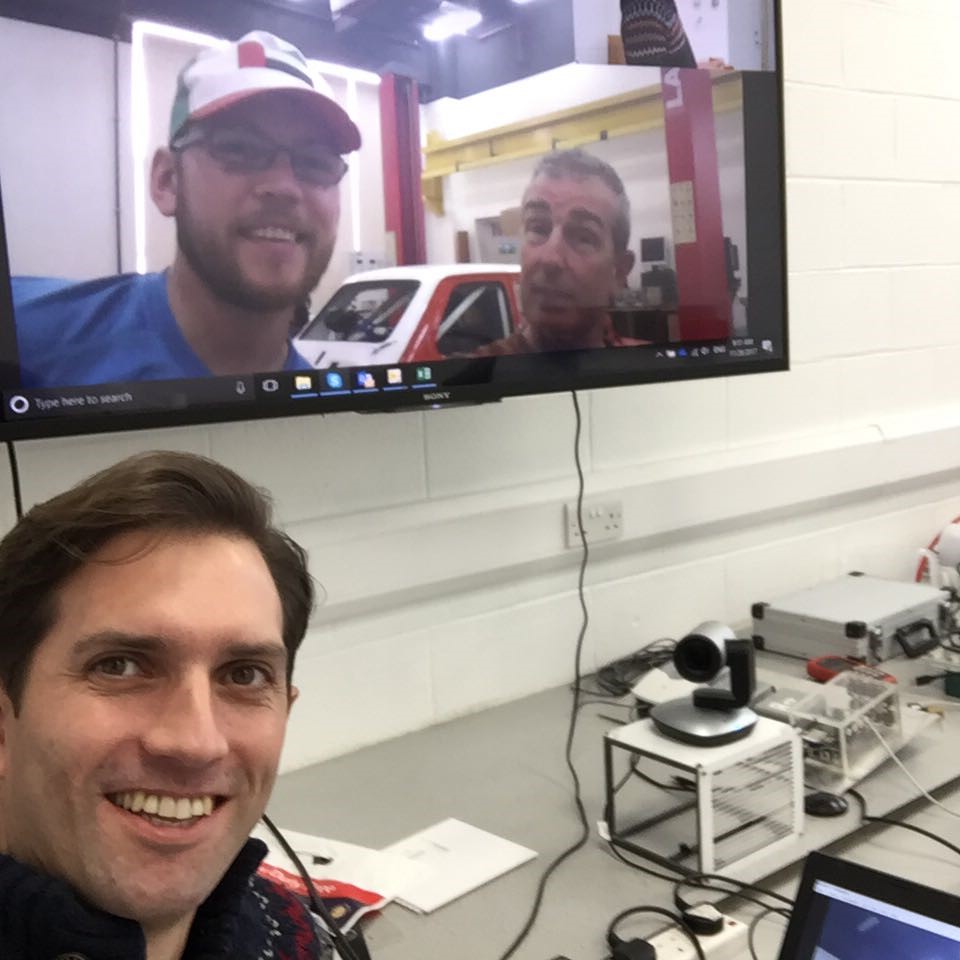 Josh is just one of the solar pioneers we have in our team here at AES Solar. We have cultivated a huge talent pool of solar energy professionals over the years. As a result, they all contribute towards our larger goal of making sure the energy revolution is a solar one. In addition, we plan to develop and motivate our team further with ambitious employee ownership plans.

We will apply this huge capital of expertise to make big waves (or should that be rays?) in the solar industry this year, ensuring the largely untapped resource of solar is utilised in Scotland.