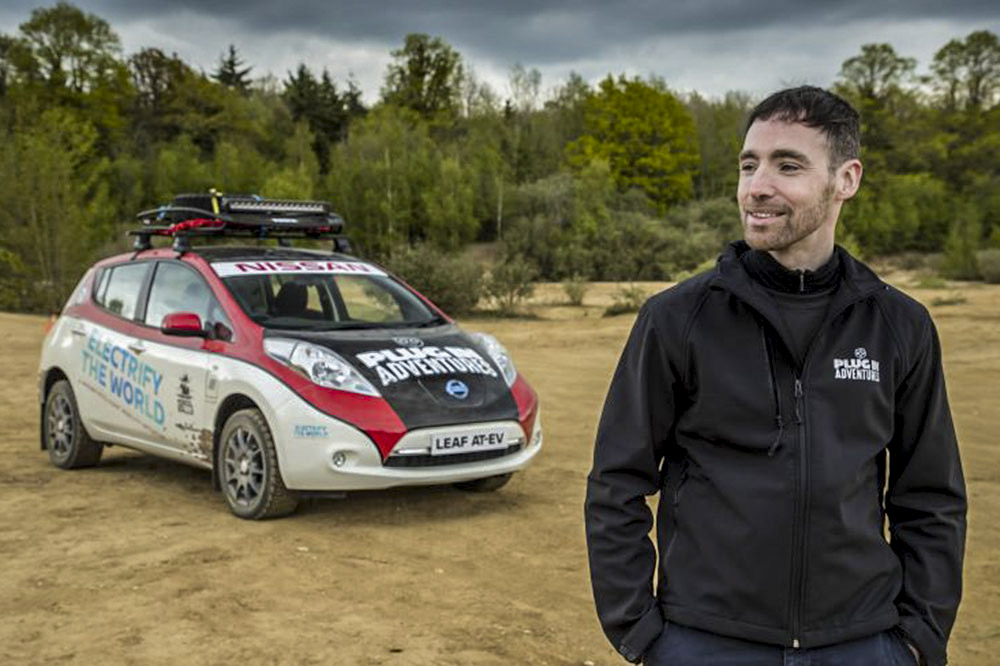 AES Solar which exports its product worldwide is supporting a  ground-breaking adventure which will take the challengers 10,000 miles  across Europe, Kazakhstan, Mongolia and Russia – in an electric car.

AES Solar has become a sponsor of Plug In Adventures’ challenge to complete the Mongol Rally and it will be the first time the race has  been attempted using an electric vehicle (EV).

AES Solar is the only manufacturer of solar thermal panels in Scotland, and George Goudsmit managing director said this was just the type of adventure that his company seeks to support: “This ticks so many boxes with AES Solar. It is exciting, it is ground breaking and above all, it is harnessing the use of solar energy. The team at Plug In Adventures is very forward thinking and innovative, much like the team at AES Solar. When we were approached, there was no way that we wouldn’t want to get involved.”

He added: “Attacking the Mongol Rally in this way can only do good things for the solar industry. So many people panic about having electric vehicles. They fear they won’t be able to charge them or that the batteries won’t last. This challenge will dispel all of these myths.”

Chris Ramsay from Plug In Adventures said he was delighted to have AES Solar on board and added he was looking forward to the challenge: “We approached AES Solar because they are an ambitious and exciting local business, and we also thought it just made sense. Electric vehicles and solar panels are a great partnership within homes and businesses around the world helping people to harness the sun and charge their cars. AES Solar’s products, combined with EV’s can play a big part in helping to reverse the impact to our climate, and our adventure aims to promote this is exciting and engaging way.”

Chris added: “This EV adventure will captivate a worldwide audience and will spark real debates and challenge long standing myths, still surrounding EVs today. People get anxious about the EV’s range, whether there is somewhere to charge it or that sometimes it takes too long to charge. Our trek will highlight these concerns and hopefully show that they are easily overcome.”

Chris and his co-driver, wife Julie will tackle the challenge in their Mongol Rally Nissan LEAF. Their plight which will also raise money for charities CoolEarth and WWF Scotland, which has been covered by Topgear and there is interest also being generated in Canada, Japan, Australia and America.

“As soon as I announced that I was entering the first ever electric car into the rally, the response was just incredible,” explained Chris, “once Nissan GB heard about my project, to their credit they offered to help share my story which for me was too good an offer to turn down as it allowed me to get my message out to a global audience. Since then my story has appeared on nearly every car website on the internet and featured in newspapers around the globe. I have received good luck messages from people from all over the world, and my adventure has started to spark debates and got the general public talking, which is one of my key goals.

“I have always known about, and wanted to tackle the Mongol Rally given my passion for adventure and travel. So after many years of owning an electric car and completing a number of long distance adventures in them, I decided it was time to combine the two elements and put my electric car to the ultimate test, and all the while helping to dispel the long standing myths that still surround electric vehicles today. So on the 16th July with Julie as co-driver, I will set off in my Nissan LEAF 30kw, and drive 10,000 miles to Siberia with no support team at all and demonstrate to everyone just what an everyday, affordable electric car is capable of.”