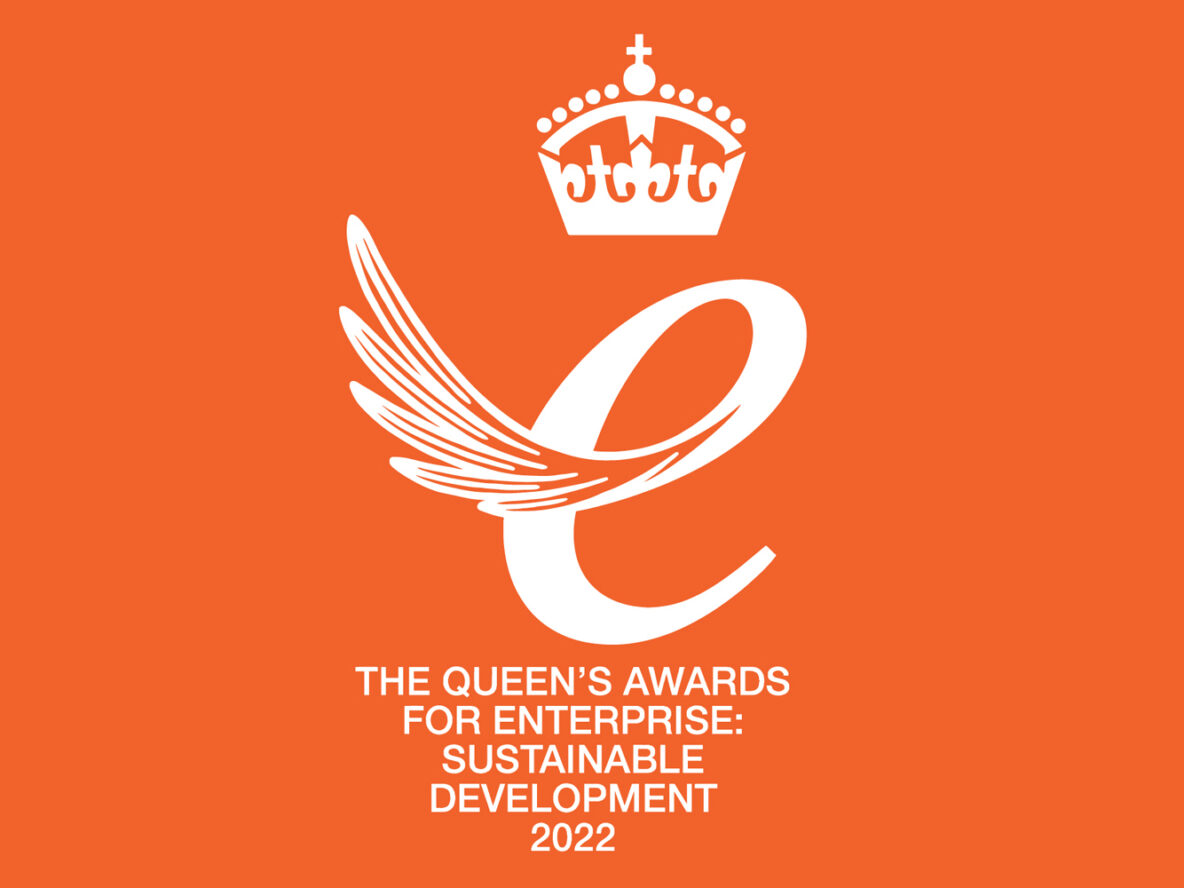 AES Solar which emerged out of the Findhorn Foundation eco-village in the 1970s, has been honoured with a Queen’s Award for Enterprise for its excellence in Sustainable Development.

While the North of Scotland may seem an unlikely home for a solar panel company, Moray based AES Solar is in fact one of the oldest solar energy companies in Western Europe.

Now it is one of 225 organisations across the UK with a prestigious Queen’s Award for Enterprise, the most prestigious business awards in the country.

“Flying the the Flag” for Solar Energy 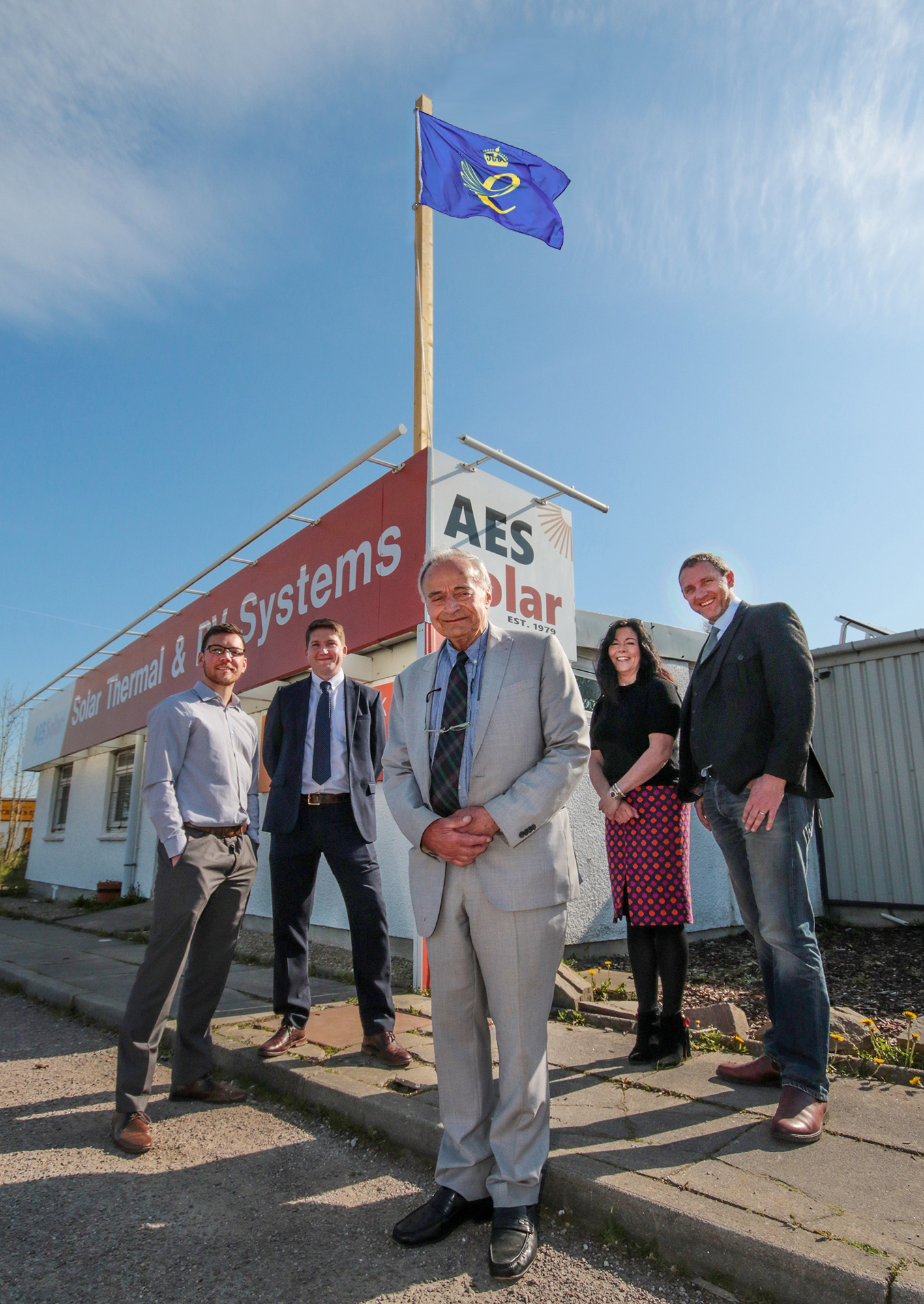 The company has a turnover of £3.1m and manufactures solar thermal panels – the AES Luminary – as well as designing and installing Solar PV systems in collaboration with other specially selected manufacturers.

Increasing awareness of climate challenge issues partly resulting from COP26, as well as concerns about rising energy bills, have led to such an increase in demand that the company has had to grow its team. The original application for the Queen’s Award indicated a workforce of 22 but this has increased to 32 in the past 12 months.

AES Solar have installed solar panels on buildings as diverse as Balmoral Castle, the Scottish Parliament and the off-grid eco dwelling named RIBA House of the Year/Grand Designs in 2018.

Its commitment to sustainability goes beyond reducing carbon emissions through its products and its manufacturing processes. It is a good employer and a good neighbour and works hard to create a sustainable community in a part of the world where young people traditionally left to find work or go to university. Their activity ranges from work on STEM in schools to offering modern apprenticeships and graduate placements, as well as providing flexible working.

AES Solar Managing Director, George Goudsmit welcomed the award, saying: “We are absolutely delighted and over the moon to have this recognition of our work and our wider contribution to sustainability and tackling climate change. I want to thank everybody in the business – we have been in this together and we all care passionately about what we do and how we can do it in as sustainable a way as possible. So this award is very much for the whole team. We hope our success might encourage others to consider their own journey to Net Zero.”

The company has 5% of both the UK solar thermal market and the Scottish microgeneration solar PV market.

As well as producing products which help others reduce carbon emissions the company works hard to promote best practice in sustainability and also collaborate with organisations across the world to devise innovate solutions to tackling climate change.

Local MP Douglas Ross MP welcomed the news saying: “AES Solar are a remarkable Moray company providing great career opportunities for local people and flying the flag for solar energy in particular and sustainable development in general. I was very happy to support their application and I’m delighted they have won a Queen’s Award for Enterprise in Sustainable Development.”

Richard Lochhead MSP for Moray added his congratulations: “It’s great to see a local company doing so well, particularly one which has been part of the Moray economy for so long. AES Solar were committed to sustainable development years before most of us were even aware of climate changes issues so this is really well deserved. Well done to all the team at AES Solar.” 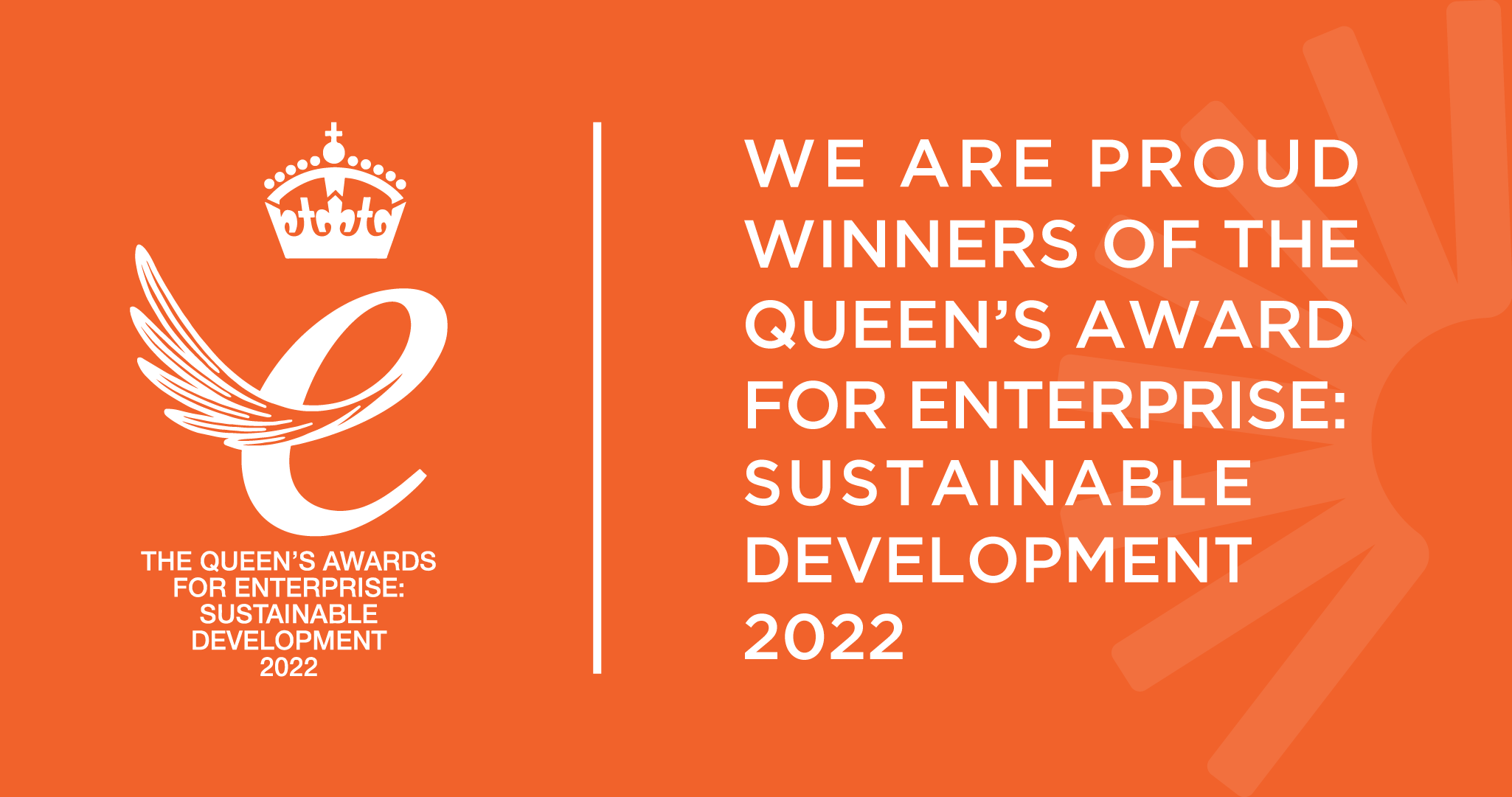 More about the Queen’s Award for Enterprise

Now in its 56th year, the Queen’s Awards for Enterprise are the most prestigious business awards in the country, with winning businesses able to use the esteemed Queen’s Awards Emblem for the next five years.

Applications for Queen’s Awards for Enterprise 2023 open on the 1 May 2022. For more information, visit here.